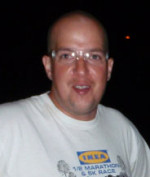 First off, I would like to apologize to the membership that I have not been more active this year. I hope to rectify this in the remaining quarter of the year. This lack of participation is not due to a lack of riding though, as I have logged 30,000 plus miles as of mid September. This is my best riding year yet, as I close in on my 150,000 mile rocker from the HOG Mileage program. Never when I bought my first Harley in March 2002 would I have imagined becoming such an avid distance rider, or thought I would accomplish what I have. I have a lot of the elder (in tenure) members of OHOG to thank for this.

Many of you, that know me, realize that unless I have a day off from work, riding during the week is not an option. Yes … I’m in banking - and I’m still trying to figure out what working “Banker’s Hours” means. I have to laugh when someone accuses me of being a “Weekend Warrior” and just tell them to go take a look at the Odometer on my 2007 Electra Glide Ultra Classic which just recently turned over 75,000 miles in just over two and a half years. I have found that one look at the odometer usually quiets my critics.

As I have mentioned above, 2009 has been an incredible riding year for me. Some highlights from the year were; doing the FL1000 in March, a three day weekend to Key West in May where I met up with Steve Coble and the OHOG club, a four day trip to the Smokies in June, and my fifth annual pilgrimage to Sturgis, SD for the 69th rally. The real motivation for writing this article though, is to share with you a ride I am most proud of; my recent completion of an IBA 50CC.

For those of you not familiar with the IBA, Iron Butt Association, they are an organization dedicated to safe, long distance motorcycle riding. Ever since I did my first, SaddleSore 1000 (1000 miles in under 24 hours) and Bunburner 1500 (1500 miles in under 36 hours) on my 2002 Fatboy in July 2006, I have been hooked. I will say that this did lead to me purchasing an Ultra about 10 – 15 years earlier than I thought I would. With countless IBA rides under my belt, most uncertified, as I usually only certify rides that I have not done before, I had always had my eye on the 50 CC Quest.

The 50 CC Quest involves going from coast to coast in under 50 hours. For this ride, I decided to go out to San Diego, CA leisurely over three days of 1000, 900, and 600 miles. Something I learned early in distance riding is to always step down in distance and get the most out of yourself on the first days. Thank-you John and Donna Peters for this wisdom. 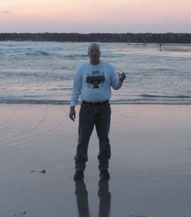 I gave myself three days in San Diego, CA, with a good friend from college, to recoup, sight-see, and get my mind prepared for the ride ahead. The three days flew by and before I knew it, the morning of Thursday, September 10th, was upon me. With only 12 hours until official start, 8:00pm Pacific time, the anticipation was building. Tick- tock , tick-tock … finally time to get the bike out and head to the beach and collect my ocean water from the Pacific as part of a right of passage for my first 50CC. I met the group I was riding to raise money for, Hoagy’s Heroes, at the gas station after, got my wristband, and filled out my official paper work. It was time to light the proverbial rocket!

As I expected the first night got a little difficult around 3:00am. I kept thinking … I just need to make it until daylight and my natural bio-rhythms will kick in. We rode through the night at a blistering pace and made it to El Paso, TX by sunrise. Texas on I-10 is over 880 miles long and I had made it my goal to get to the Louisiana state line on day one. The rain started in San Antonio, TX and did not let up the last 1100 miles. I stopped in Orange, TX, after being awake for 36 hours and being on bike for over 24hrs of that. I was approximately 1600 miles in and had two thirds of the ride under my belt. I was sitting good on time so grabbed a hotel, and five and half hours of much needed sleep.

I awoke, grabbed a quick breakfast, and it was time to gitty-up and go for 800 of the hardest, wettest miles I have even ridden. I had always heard rumors about the Gulf weather … now I was experiencing it first hand. I pulled into the Shell station two blocks from the beach, forty-four hours and six minutes from when I had started. I was tied for third bike in and grateful to be done.

So what is next … for 2010 I am contemplating a four corners run where I do a 5 / 5’s, 5 consecutive 1000 plus mile days. For any of you considering an IBA ride, I am always willing to give guidance, be an official witness, or just let you pick my brain. Thank you again to those in the club who have inspired me and molded me into the rider I am.